You are here:
SE Florida

It is estimated that by 2025, the number of people 65 years and older with Alzheimer’s disease will increase by 40 percent to 7.1 million. Currently, Alzheimer’s disease is ranked as the sixth leading cause of death in the United States, and out of the top 10, Alzheimer’s is the only cause that cannot be prevented, cured or slowed.

Alzheimer’s doesn’t only affect the patient – it takes a toll on the entire family. Many times the total focus is on the patient but caregivers suffer as well.

There are many ways to increase awareness, and we encourage you to look around your area for activities regarding the Alzheimer Awareness Campaign. While the campaign only runs during November, let’s work together to keep spreading awareness so we can further impact those affected by Alzheimer’s disease. 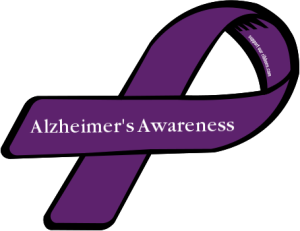